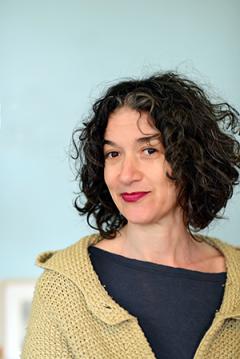 Eve Abrams is a radio producer, writer, audio documentarian, and educator whose work centers on amplifying the voices from her adopted hometown, New Orleans. She produces the audio project Unprisoned, which tells stories at the intersection of the criminal legal system and human lives. Unprisoned was a Peabody Finalist, has received several awards including a Gabriel, and is the foundation for Eve's TED talk, The Human Stories Behind Mass Incarceration.  Eve's radio stories air on a host of national programs and podcasts such as Reveal, Morning Edition, Marketplace, All Things Considered, The Tavis Smiley Show, 30 for 30, and This American Life. Eve’s 2015 documentary, Along Saint Claude chronicles 300 years of change and gentrification in New Orleans and received the Edward R. Murrow award. Eve’s writing can be found in the New Orleans Atlas Unfathomable City, Fourth Genre, and Louisiana Cultural Vistas. She is the coauthor of the book, Preservation Hall.  Eve is a 2017 Robert Rauschenberg Artist as Activist Fellow. She has been a classroom teacher for 25 years. 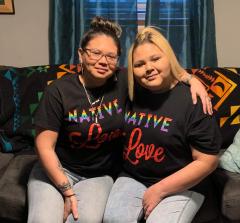 Jonel Beauvais is a Wolf Clan, Mohawk. Who is the proud mother of three children and chosen auntie, sister and friend to many. She works diligently to empower and induce healing within all Native/Indigenous communities in order to prosper in the Haudenosaunee teachings of good medicine and good minds. She’s employed as a community outreach worker for the Seven Dancers Coalition, located on the U.S. portion of her home territory in Akwesasne. The Coalition seeks to educate Tribal communities and service providers through trainings and presentations on Sexual Assault, Domestic violence, Campus Safety, Teen Dating, Sex Trafficking and Stalking.

She has dedicated six years as council member and Lead Auntie for all adolescent girls entering their first year of fasting in Ohero:kon “Under the Husk”, which is the Rights of Passage for youth in Akwesasne. Through ceremony these youth commit to four years of fasting in which they attend weekly gatherings throughout the winter months where traditional/modern teachings are presented to the young fasters and their families. All with the intentions of receiving a vision, insight or guidance on the purpose of their journey into adulthood.

She is also a member to the Neh Kanikonriio Council which is a restorative Justice initiative that integrates indigenous ways of mediation to reduce incarceration and provide a more interpersonal means of healing for both parties. Jonel is one of ten women who were picked nationally by the Community Change Organization to be a part of a fellowship of women who will be peer mentored with the goal of strengthening leadership through community organizing.

This year she was picked one of ten women nationally to represent in a fellowship for formerly incarceration or directly impacted woman of color, through the Community Change organization. With peer to peer mentorship, community organizing skill building and cultivating change in the hearts of women directly impacted by the social violence, prison systems and immigration.  She also was invited to she sit on the national FREEHER advisory board with the Circle for Justice Innovations, which give out grant opportunities for communities working to address mass incarceration.

Ms. Beauvais is invited to various speaking engagements, recently being invited to represent the U.S. as a Tribal delegate at the Third Annual Trilateral working group in Mexico City. Where Indigenous representatives from U.S., Canada and Mexico addressed adversities faced by Indigenous women (Oct. 2018). Her passion is to share her life experiences as a native woman who has witnessed and lived the adversities of addiction, caretaking, incarceration, sexual assault, suicide and other forms of violence. Her intent is to offer support and insight for those struggling spiritually and emotionally, with hopes to revive the strong medicine she feels we all possess. Her vision is that we may attain peace within in order to restore our nurturing Indigenous communities, with the hope that our grandchildren yet to come will continue to flourish in our ways of life.