Earth is not only the place we call home, it's also ripe with scientific wonder and spectacular beauty.  It also, is capable of some pretty cool things that you may not have even known!  Below, check out ten of the coolest things we learned about Planet Earth!

How do we know this?  In order to find out the age of the Earth, scientists look at rock and sediment and try to determine the age of that piece of sediment.  It's not as easy as one may think, however. The processes of plate tectonics mean that the Earth is constantly recycling its rock, breaking it down into magma in the interior before pumping it back up to the surface once more. The oldest rock they've discovered comes from Austrialia, and is the basis for scientists estimations for Earth's age.  4.5 Billion years old, that's a lot of birthday cake!

3. The Many Moons of Earth?

Technically, the Earth has just a single moon.  However, Earth has two orbitals  called 3753 Cruithne and 2002 AA29, which are part of a larger population of asteroids known as Near-Earth Objects (NEOs). The asteroid known as 3753 Cruithne measures 5 km across, and is sometimes called “Earth’s second moon”. It doesn’t actually orbit the Earth, but has a synchronized orbit with our home planet. It also has an orbit that makes it look like it’s following the Earth in orbit, but it’s actually following its own, distinct path around the Sun.

Did you know Antarctica is actually considered a desert? Inner regions get just 2 inches (50 millimeters) of precipitation a year (typically as snow, of course).  Despite Antartica's desert-like climate, it also contains 70% of the Earth's freshwater and 90% of the Earth's ice!

5. Earth Has a Lead Foot

The Earth moves around the Sun at 67,000 miles per hour.  Try clocking that on a police radar gun!

6. Did You Know Rocks Can Walk?

In Racetrack Playa in Death Valley,  rocks sometimes weighing tens or hundreds of pounds, appear to walk! Scientists believe it's due to ice-encrusted rocks getting inundated by meltwater from the hills above the playa, according to NASA researchers. The meltwater causes the sand beneath to become a bit of a water slide, and when a nice breeze kicks up--the rock ... is rolling (or sliding as the case may be).

To find the world's longest mountain range you'd have to look down, way down. The mid-ocean ridge is an immense volcanic mountain chain that encircles the planet beneath the sea — the chain is more than 30,000 miles (48,000 kilometers) long and rises an average of 18,000 feet (5.5 kilometers) above the seafloor. This is the spot where Earth's plates spread apart as new crust bubbles up — causing much of the earth's volcanic eruptions.

8. Earth Used to be Purple

According to this article from Live Science ancient microbes might have used a molecule other than chlorophyll to harness the sun's rays, one that gave the organisms a violet hue. The article posits that chlorophyll appeared after another light-sensitive molecule called retinal was already present on early Earth. Retinal, today found in the plum-colored membrane of a photosynthetic microbe called halobacteria, absorbs green light and reflects back red and violet light, the combination of which appears purple. The idea may explain why even though the sun transmits most of its energy in the green part of the visible spectrum, chlorophyll absorbs mainly blue and red wavelengths

9. The Earth Recycles Itself

Did you know that Earth is the only planet in our Solar System that has plate techtonics?  The outer crust of the Earth has multiple regions called tectonic plates. Beneath that is a magma interior which causes the plates to move, occasionally crashing into one another.  As they collide and pull apart, magma bubbles up and creates fresh crust to form.

This important process creates earth quakes volcanic eruptions, mountain formation, and ocean trenches.  But also is part of the carbon cycle, in which microscopic organisms and plants die, fall to the bottom of the ocean where they are absorbed, and over long periods of time, the remnants of this life, rich in carbon, are carried back into the interior of the Earth and recycled. This pulls carbon out of the atmosphere, which makes sure we don’t suffer a runaway greenhouse effect, which is what happened on Venus. Without the action of plate tectonics, there would be no way to recycle this carbon, and the Earth would become an overheated.

Each winter, the Earth is coated in 1 Septillion crystals of snow. That would be a trillion, trillon snowflakes.  Someone get the shovel!

Do you have a little learner that loves learning about the earth and planets?  Check out these activity guides, free for download! 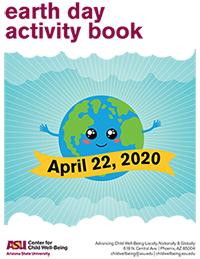 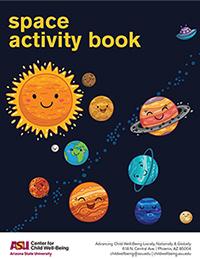 And for even more fun ideas for the kids, check us out on Pinterest