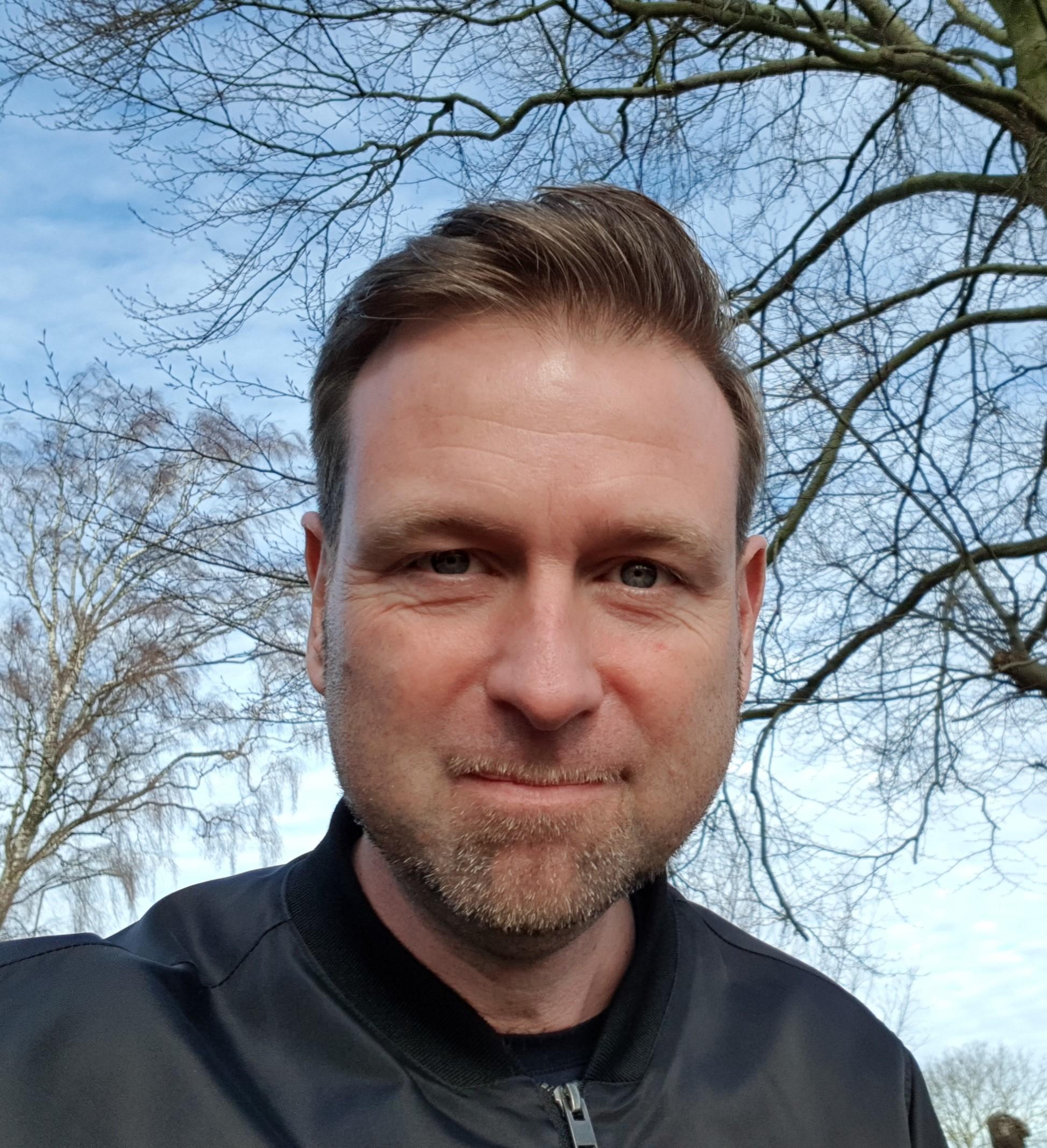 Reform and Research: Re‐connecting Prison and Society in the 21st Century

In this contribution, Peter Scharff Smith briefly outlines some of the historical and current trends in prison research and question how a prison researcher can work towards influencing policy and practice. He discusses the current role of ‘what works’ research and the way it is sometimes utilized in a time of penal populism and rising prison populations. Peter also argues in favor of a broader approach which recognizes the wider societal effects of imprisonment and provides a concrete example of how one can attempt to plan research and project work in order to facilitate progression from research and knowledge production to action and implementation. Finally, He discusses some of the scientific and ethical implications which can arise when working with reform and implementation projects.

Peter Scharff Smith is a Professor in the Sociology of Law at the University in Oslo, Norway. He has studied history and social science, holds a Ph.D. from the University of Copenhagen and has also done research at the University of Cambridge and at the Danish Institute of Human Rights. Peter has undertaken several studies on the families and children of prisoners and has published books and articles within this field. He has also worked extensively with practical prison reform in this area together with, among others, Scandinavian prisoner family NGOs and the Danish prison and probation service. Peter has published books and articles in Danish, English and German on prisons, punishment and human rights, including works on prison history, prisoners’ children and the use and effects of solitary confinement in prisons. He has also published books and articles on the history of the Waffen-SS and the Nazi war of extermination at the Eastern Front. He is the author or co-author of nine monographs and co-editor of several edited collections. Peter has for example authored When the Innocent are Punished: The Children of Imprison Parents (Palgrave, 2014). His latest books in English are Jules Lobel and Peter Scharff Smith (eds.): Solitary Confinement: Effects, Practices, and Pathways toward Reform Oxford University Press 2020, and Rachel Condry and Peter Scharff Smith (eds.): Prisons, Punishment, and the Family: Towards a New Sociology of Punishment? Oxford University Press 2018.

A Holistic Approach to Young Voice

The director and youth producers from Echoes of Incarceration will share our holistic approach to incorporating youth voice. Since 2008 Echoes has trained youth with incarcerated parents in filmmaking and advocacy and created documentaries and video journalism about the impact of mass incarceration on children.  Beyond the films, youth voice is incorporated into all aspects of Echoes’ work: from curriculum design to workshop planning, to film productions, to large organizational decisions including marketing, fundraising and budgeting. In this workshop, we will watch film excerpts, youth producers will discuss Echoes’ process, and we’ll go through guiding principles as well as successes and failures in our efforts to create incorporate youth voice voices in meaningful ways.  Questions and topics we’ll explore include: When is youth voice just lipservice? Where does it really count? How to protect youth from negative experiences when they’re expected to share the most difficult moments of their life for audiences? How to prepare and train youth to give meaningful input into organizational decision. What mistakes to avoid in soliciting youth voices.  The workshop will include case studies and best practices we’ve found 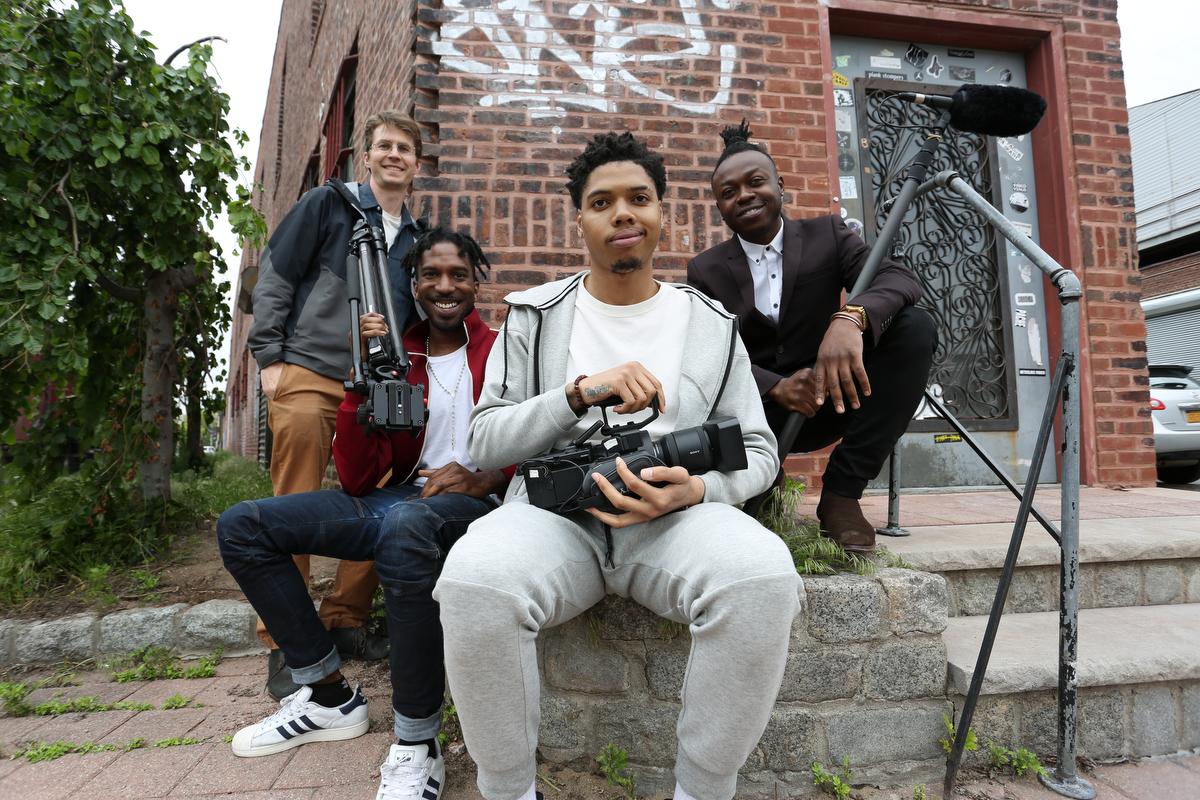 Echoes of Incarceration is an award-winning documentary initiative produced by youth who are directly impacted by the criminal justice system.  The project provides hands-on video production and advocacy training for young adults and creates documentaries and video journalism pieces told from the life experiences of the filmmakers themselves.

Echoes project has created films for Sesame Street, Upworhty, NowThis News, screened work at the White House in 2014 and was named a Robert Rauschenberg Artist-As-Activist Fellow in 2017.

Intergenerational Trauma and Resiliency: A Mother and Daughter Journey

A formerly incarcerated mother and her daughter discuss the intergenerational trauma and resiliency that has impacted their lives through witnessing and experiencing mass incarceration and how they use their advocacy to change the criminal legal system. Learn more about trauma-informed practices and current federal legislation impacting children of incarcerated parents. 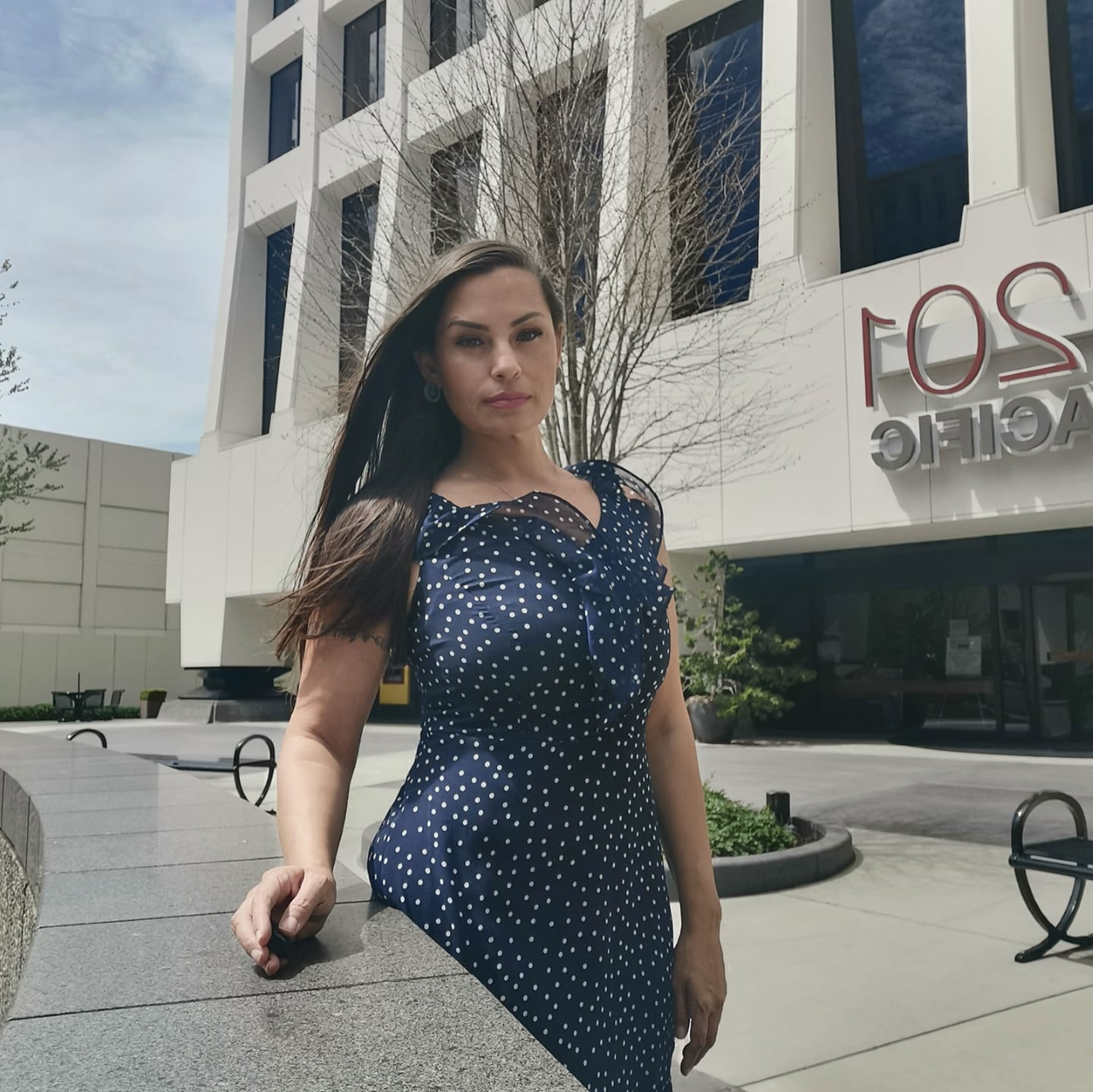 Mrs. Flores continues to be directly impacted by many systems and cycles of oppression and poverty. Through these experiences, she has made it her life’s work to empower and encourage others by modeling the possibilities of overcoming cycles of oppression. Since graduating from law school in 2011, Mrs. Flores has worked in community development and public service at the Tribal level with the Muscogee (Creek) Nation, national level with the U.S. Department of Energy, and internationally. Mrs. Flores is the recipient of the National Center for Native American Economic Development 40-Under-40 award, the Muscogee Creek Nation’s professional of the year award, and the New Leadership Oregon outstanding alumni award. In addition to leading the National Trauma Awareness Initiative, Mrs. Flores writes and speaks about the intersection between mass incarceration, disability law, civil rights law, and criminal justice system reform. She brings valuable first-hand insight into policy work, where many impacted people do not have a voice. 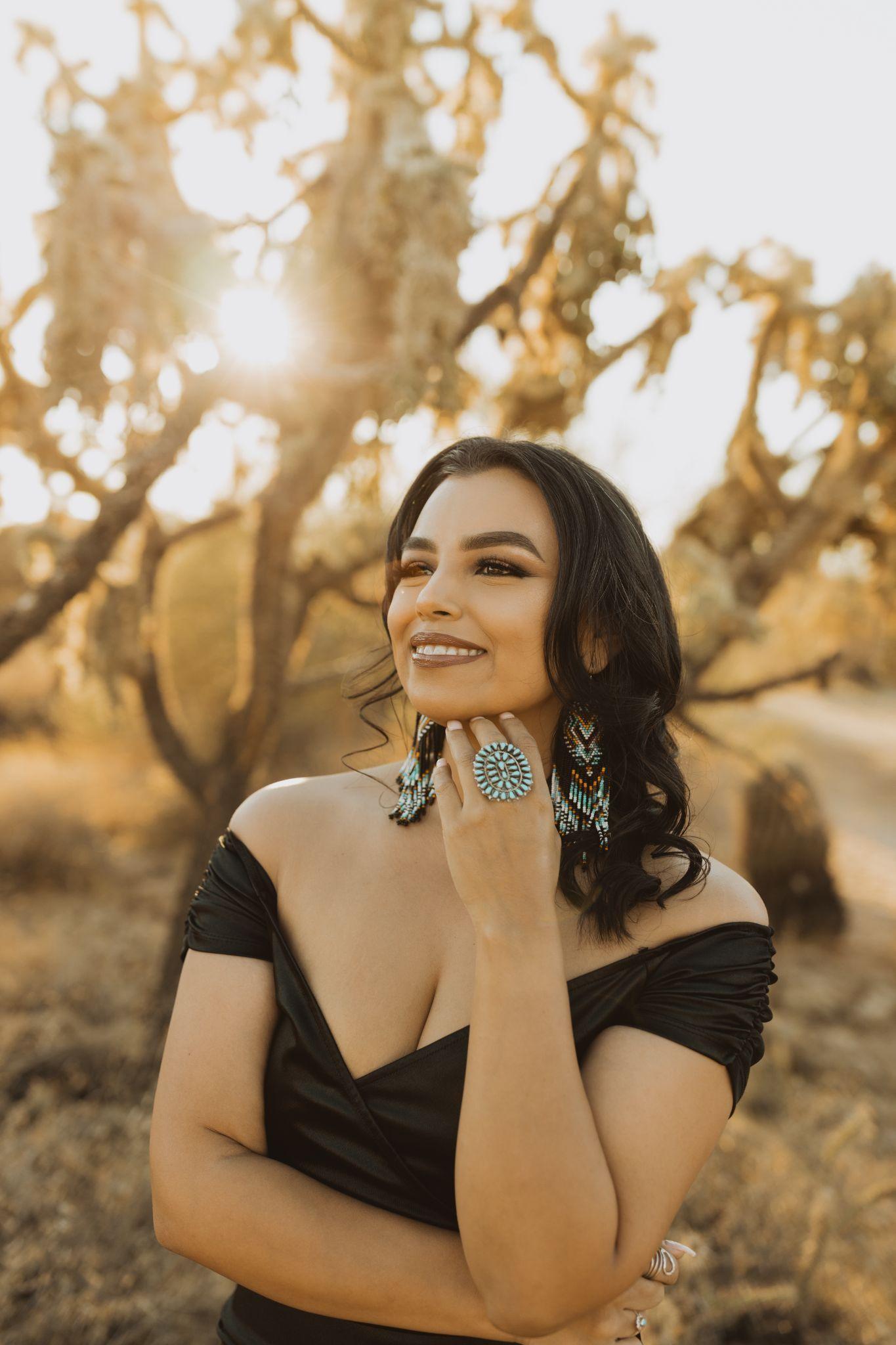 Isabel Coronado is an alumni of Next100 and a citizen of the Mvskoke (Creek) Nation. Isabel is focused on creating policy aimed at reducing the generational cycle of incarceration in Native communities. Isabel has spoken to the public and the media numerous times about the experiences of children of incarcerated parents, and has written on the same. She has also worked closely with the Families Integrity Campaign to pass the FAMILIES Act, a federal bill that would keep parents home with their children instead of going to prison. Isabel has worked with the Center for Native American Youth to put together a petition to Congress (that gathered over one thousand signatures) to ensure that Indian Country is accounted for in federal COVID-19 aid packages. She has also continued work in Oklahoma, her home state, co-authoring a response to Oklahoma Governor Kevin Stitt’s State of State in February to lay down a marker of where the state has succeeded—and where it hasn’t gone far enough—in changing its criminal justice system.

Thank you to our sponsors and exhibitors for their generosity in helping us make this conference possible. 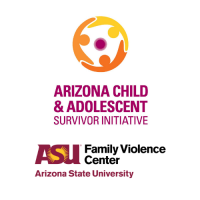 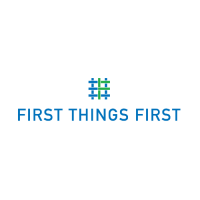 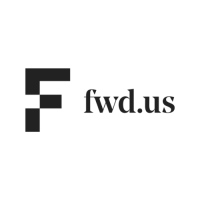 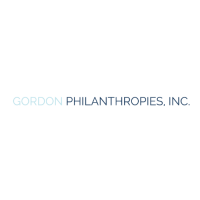 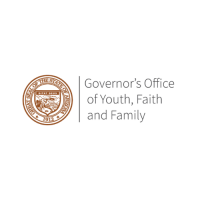 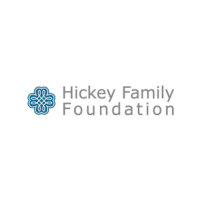 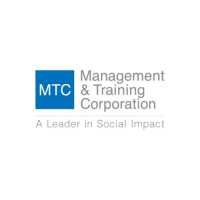 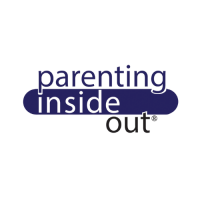 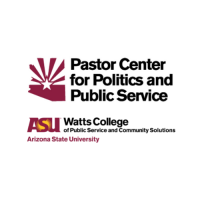 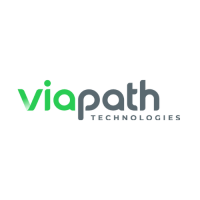 For information on sponsor and exhibitor opportunities, please contact us at childwellbeing@asu.edu.